• Pirn or weft winding is the process of transferring weft yarn on the small Pirn able to use in the shuttle of a loom.

• A tapered bobbin having weft yarn on it is known as Pirn.

• A Pirn is used on end feed shuttles.

• The pirn differs from bobbins in that the pirns are tapered. 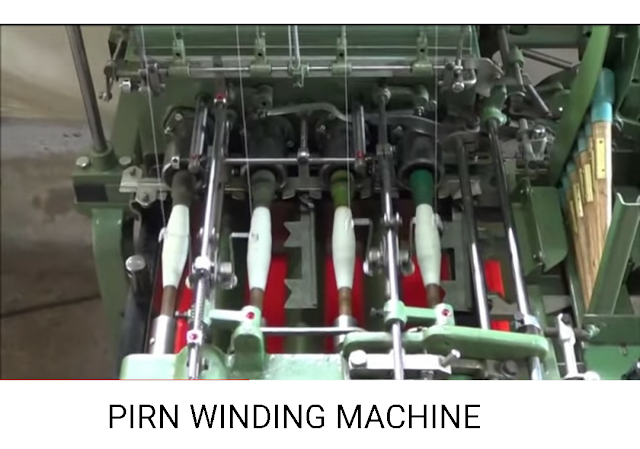 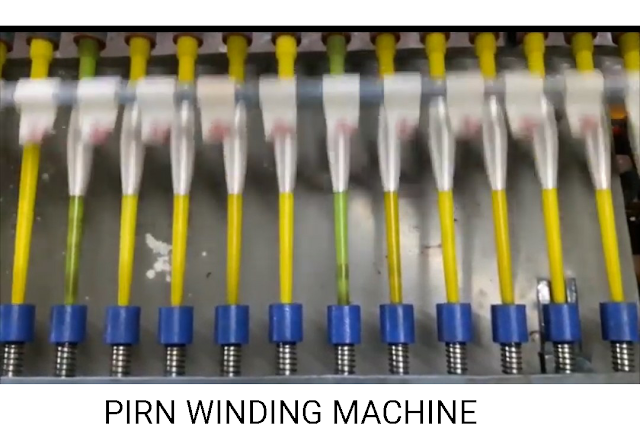 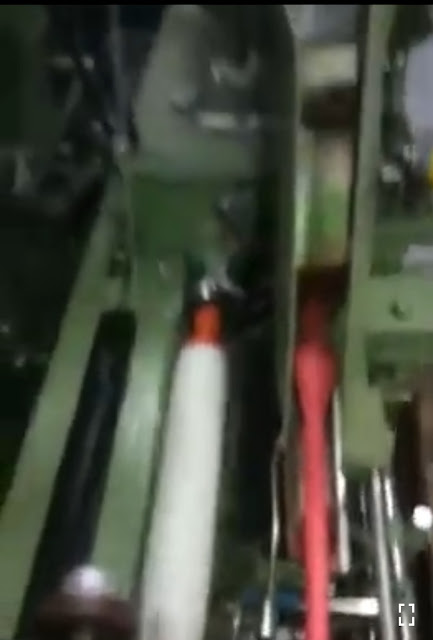 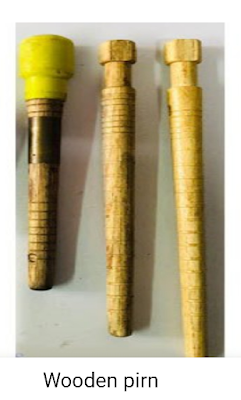 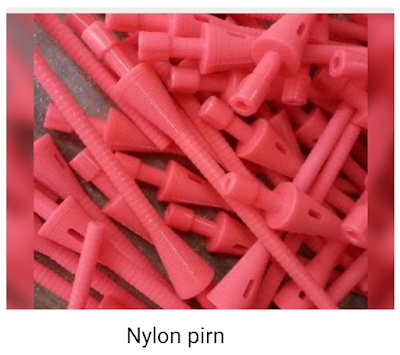 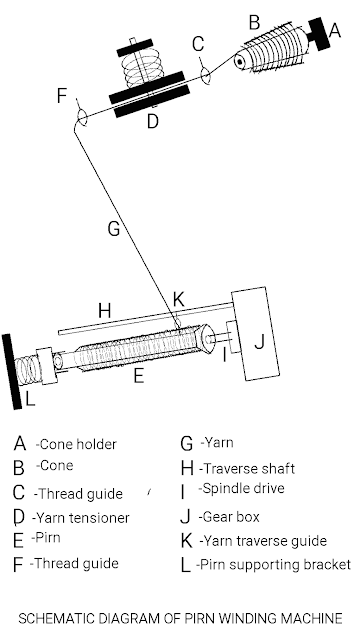 • The yarn package ( cone or cheese) is mounted on the cone holder.

The yarn coming from the package passes through a  thread guide.

Now, this yarn passes through a yarn tensioner. This tensioner imparts required tension to the yarn and helps to regulate the yarn winding density on Pirn.

The yarn again passes through another thread guide now.

Yarn finally gets would upon the pirn.

• In the weft winding machine, the Pirn is driven by a spindle.

In the weft winding process a parallel winding packages results.

• Also, instead of winding them back and forth, the weaver winds them a half-inch at a time.

• The pirn is mounted on the spindle driven by a mechanism that consists of gears and cam.

• The pirn rotates at a very high and constant speed.

• When the diameter of Pirn increases. The yarn winding tension increases up to a little extent due to the less amount of yarn on the Pirn.

• When it rotates, it drags the yarn and winds on it.

• In the pirn winding process a parallel winding packages results.

• This package comprises one or more threads that are laid very nearly parallel to the layers already existing on the package.

• The yarn receives to fro motion through the yarn traverse guide.

• This yarn guide performs the traversing motion of yarn.

•Almost half-inch of pirn ( chasing length) gets wound at a time.

• At a time the yarn moves to and fro between half inches distance of Pirn.

• the chasing length get shifted gradually during winding.

The main features of the Pirn winding machine are given below:

• In the Pirn winding machine, the resulting (output) package is many times smaller than the supply package.

• It is almost not capable to eliminate objectionable yarn faults during winding.

• Re-joining of yarn does not take place.

• Traverse has the characteristic of an oscillation in which the package diameter is controlled continuously.

• It necessitates building a bunch.