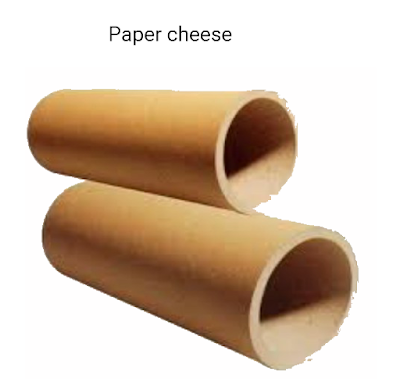 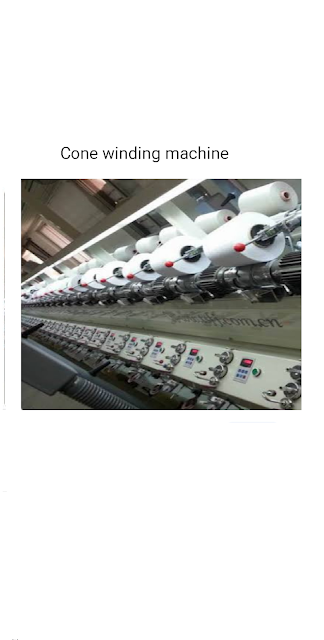 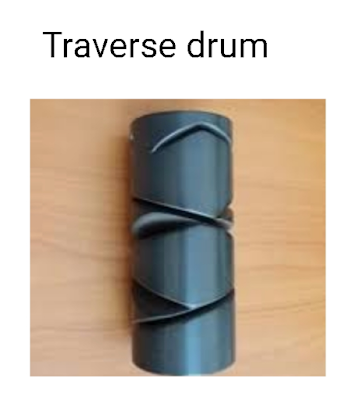 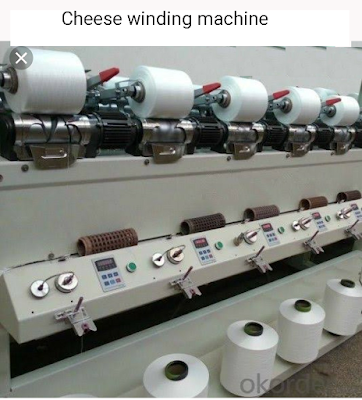 ADVANTAGES OF DRUM WINDING:
The advantages of the drum winding process are given below:
• No need for flanges in the packages.
• Efficient yarn unwinding during the various weaving processes.
• Stability of package is high.
• fewer chances of yarn elongation.
DISADVANTAGES OF DRUM WINDING:
• The main disadvantages of drum winding are as follows:
• A number of turns per inch (degree of twist) in the yarn gets affected in the drum winding process.
• Small package size results.
• Low winding density of yarn package.
• Chances of yarn rupture are possible. 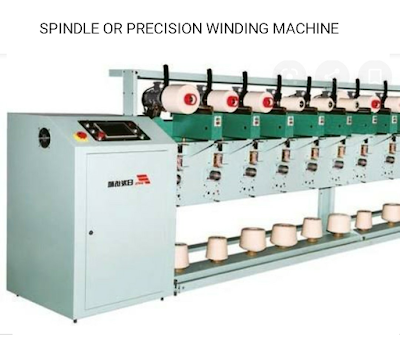 In precision or spindle winding, the package is driven positively. The package is mounted on the spindle having a positive drive. When the spindle rotates, it pulls the yarn and winds it on the package. The coils of yarn form with the help of a yarn traverse guide which helps to move the yarn from one end to another end of the package thus coil formation takes place. Traverse guide makes to and fro motion with the help of a cam. In precision winding, successive coils of yarn are laid close together in a parallel or near parallel manner. It is used primarily for filament yarn. There is no chance of yarn rupture in this process but more yarn elongation occurs in this process. The package that resulted in this process has a higher winding density. Due to higher winding density, the package contains a higher amount of yarn. Packages are wound with a reciprocating traverse. Patterning and rubbing cause damage to packages. The precision winding package shows poor stability during unwinding and handling. Due to unstable package character, the rate of unwinding is lower.
ADVANTAGES OF PRECISION OR SPINDLE WINDING PROCESS:
The main advantages of precision winding are given
• There is no chance of yarn rupture.
• Flanges on the packages are not required.
• Larger package size can be produced.
• Side unwinding is possible.
• The turns per inch (degree of yarn twist) remains unchanged.
• More compact package results in the precision winding.
• It is mostly useful in the winding filament yarn.
DISADVANTAGES OF PRECISION OR SPINDLE  WINDING PROCESS:
The disadvantages of the precision winding machine are as follows:
• The speed of the winding machine is limited because of the limited speed of the yarn traverse guide.
• Chances of yarn elongation are possible.
• The package resulted in the spindle winding process having low stability.
• The unwinding of the package of the spindle winding process is a little difficult.
ANTIPATTERNING DEVICE OR RIBBON BREAKER:
Before knowing about anti patterning devices, it is necessary to know about patterning or ribbon formation in the yarn winding process. How and when does the ribbon formation take place?
Ribbon formation or patterning:
This is a yarn package defect. This defect gets occurred during the yarn winding process. 'The patterning or ribbon formation (Ribboning ) can be defined as a yarn package defect to be occurring during yarn winding process, in which the yarn coils get laid on the top of the previous yarn coil'.
In other words, we can say that the yarn coils follow a similar path repeatedly during winding. This repeatedly continuous yarn coils path causes patterning or Ribboning ( ribbon formation) in the yarn package getting wound. 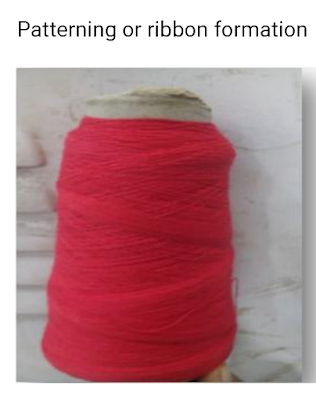 This situation gets created when the traverse ratio reaches an integer value. It has been observed that some patterning also occurs when values of traverse ratios differ from an integer by 0.5, 0.25 etc.

This kind of patterning results at the starting of winding. Since the rate of change of package diameter gets very fast at the time of starting so that the patterning persist for a very short period.

If a yarn package has a patterning or Ribboning defect in it, the yarn unwinding gets difficult during the use of this kind of package. A lot of end breakages get occurred during yarn unwinding. There are different types of anti patterning ( Ribboning ) devices used to prevent the patterning or Ribboning defect in the yarn package. Some of the anti patterning systems being used in different winding machines are given below:
Propack system of anti-patterning by Schlafhorst:
This anti-patterning device has been designed and developed by Schlafhorst. It is a cradle anti-patterning system. As we know patterning creates when the number of yarn coils laid on the package per double traverse is a whole number. At the time of ribbon formation, the ratio between traverse drum speed and package speed reaches a critical value. The computer of the "propack system" continuously monitors the speed of traverse drum and package speed and determines the ratios between traverse drum speed and package rotational speed. Whenever the computer reads that the critical speed ratio is about to touch the patterning zone, the propack system comes into action immediately. The propack system lowers the cradle pressure by a pre-determined amount. In this way, the rotational speed of the package also gets decreased below the critical patterning speed till the package diameter gets adjusted to a value above the pattern zone. After crossing the patterning zone, the propack system again sends a command to the mechanism, and the cradle pressure immediately returns to its previous value.
Semi-conductor device (TRIAC) anti-patterning device:
The Muratec Mach(Japan) has developed this anti-patterning device. This is an electronic device. It works on the basis of a semi-conductor. Anti-patterning action is achieved with the help of pre-feeding of the programme for start and stop durations (period) of the traverse drum motor. In this way, the speed variation cycle gets adjusted. The speed of the traverse drum and therefore, the package increases or decreases constantly to prevent the ratios of their speeds to touch the critical value which creates patterning.
Double pitch drum (anti-patterning device)
This anti-patterning system has been developed by Murata ( Japan). This anti patterning system is known as Pac21.  This monitor all those critical parameters which are cause patterning. When the control unit of Pac21 reads that the patterning zone is about to touch, it sends a command to change the position of yarn from one groove to another groove of the same drum to prevent the patterning. In this way, at the time of ribbon formation zones the groove position changing mechanism switches over the yarn from winding at 2W to 2.5W.  It is suitable for all counts, types of yarns and package shapes.
Computer-Aided Package (C. A. P. ) anti-patterning device by Savio:
This anti-patterning device has been developed by Savio. It is an electronic device. The drum and package diameter ratio gets read and regulated with the help of a computerized system. Each winding head computer controls the yarn deposited on the package. When the system reads that the patterning zone is about to touch, it automatically intervenes with a servomotor to modify the drive ratio between the package and the drum. The Savio claims that this system produces a perfect package without patterning.
DIFFERENT TYPES OF YARN PACKAGE FAULTS IN DRUM WINDING, CAUSES, AND REMEDIES:
Various types of winding faults occurring during winding are given below:
EXCESS YARN BREAKAGE:
When excessive yarn breakages get occurred during the drum winding process, the productivity of the machine gets affected. The poor yarn quality also gets resulted, if there are excessive-end breakages during winding. Some common and important reasons creating excessive-end breakages are given below:
• The winding tension is selected according to the yarn count to be wound. If the winder doesn't maintain enough and proper yarn tension during winding, excessive-end breakages result.  Excessive yarn tension always results in the form of unnecessary end breakages during winding. The winder should take proper care of the yarn winding tension.
Improper winding speed:

The improper slub catcher setting also causes excessive-end breakage during the winding process. The clearance between the top and bottom blades of the slub catcher is selected according to the yarn count. The low clearance causes end breakage. If clearance is more than required, the extra thick places can be passed into the yarn being wound on the package.

STITCHES IN THE YARN PACKAGE:

possible causes of snarling are given below:
• Improper release of yarn after knotting or at the time of restarting.
• Strong suction pressure in the slack tube
• Inadequate setting of twist.
YARN RUPTURE:

It is a very serious package defect. This defect causes yarn coils to slippage during unwinding. The whole package gets rejected many times. This problem creates due to low winding tension.