The process parameters using in the simplex or roving frame are given below:

It is the linear density (weight per unit length or length per unit weight) of roving. Generally, the number of hanks of 840 yards in a pound is called roving hank.

The roving tension is an important factor which highly influences the production and quality performance of simplex machine.
There are three types of roving tensions occur in simplex process:

• The roving tension at the starting point of winding of roving gets affected by empty bobbin diameter and initial position of transmission belt on the cone drum mechanism.

• The roving tension during building motion depends upon the specifications of ratchet wheel and lifter wheel. The difference between peripheral speeds of flyer and bobbin is kept same. It is kept a little higher than the delivered length by front drafting roller.

• The roving tension during the reversal of direction of bobbin rail is controlled by using correct ratchet wheel. It depends upon the proper movement of ratchet wheel. If movement of it is not properly adjusted, the roving tension during reversing motion varies. In the modern simplex machines, the bobbin speed, bobbin rail speed and flyer speed is regulated and determined by digitally controlled electronic device. All the required setting parameters are programmed into the computer.

•  This inclination of drafting system in the simplex machine helps to prevent the breakage of roving to be produced.

• The amount of draft ranges between 5–20 in the simplex process.

• The surface speed of front drafting roller is kept constant because of roving bobbin winding process need constant delivery rate from front roller. It helps to improve controlling over roving to be produced.

The important object of break draft in the simplex machine is to make fibres parallel and straight in the sliver.

The level of break draft is always kept low because it helps to improve uniformity of sliver. The factors affecting the break draft are given below:

• Since the more volume of the material needs higher degree of preparation, so that it needs higher break draft.

• If the material to be processed contains more moisture content, it needs higher break draft in the simplex process.

• If rollers are close then normal. The more break draft is applied if rollers are placed closely to each other in the drafting system.

The main objective of the tension draft is to maintain better and adequate tension to the sliver. In this zone actually the finer count for the roving frame is already achieved but after coming out from front roller nip twist has to be inserted, for this it’s important to keep good evenness throughout the sliver.

A fibre is gripped in both the nips of rollers. Then there are chances of fibre breakage which result more quality irregularities in the material. This setting is done precisely by considering the staple length of fibre to be processed. First of all the closest possible setting is done. Then the unevenness percentage of produced roving is analysed and corrections are made accordingly.

• The factors influencing the twist multiplier are given below:

• The coarser roving needs lower twist multiplier to hold the fibres together due to higher cohesion force among the more fibres present in the roving.

• If speed of simplex machine increases, it exerts more stress and tension on the roving. Therefore twist multiplier is increased to reduce the chances of roving breakage.

• If the moisture content of material to be processed is higher, it needs lower amount of twist multiplier.

• When the speed of flyer gets increased, the value of twist multiplier is also increased to reduce the roving breakage.

Yarn count conversion from one to another system

Yarn count or yarn fineness ( Linear density of a yarn 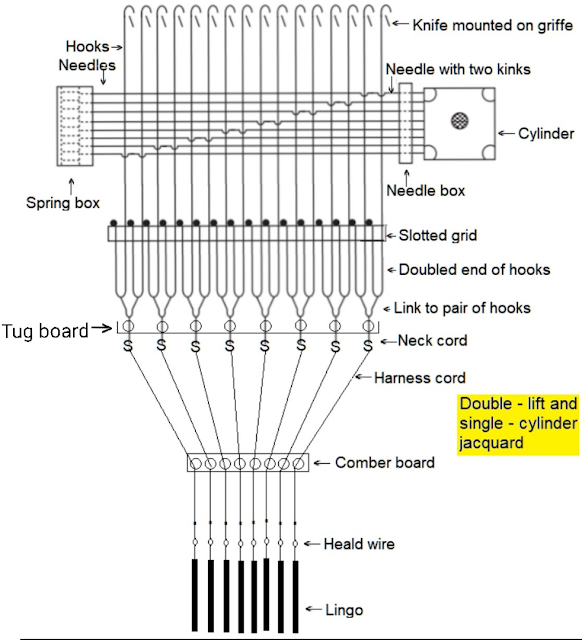