KNOTTING OR SPLICING IN WINDING PROCESS

Knotting is the process of re-joining the two ends (ends of supply bobbin and winding package) after exhaustion of supply bobbin or broken end of yarn package. Since we know that the size of the knot depends upon the yarn diameter( yarn count) and type of knots to be used. We also know that the knot directly appears in fabric. A spinner should always keep one thing in his mind that yarn gets passed through the eyes of heald wire and very fine reed dents. When the yarn makes up and down movement during weaving, there remain very low end to end gap between two adjacent ends. If the yarn contains big knots in it, the chances of entanglement increased highly during shedding motion. Thus high-end breakages result during weaving or other processes. All of the above factors tell us that the knot should be as small as possible. If the tails of knot are too big, it may be entangled with other adjacent ends and causes floats in the fabric.

The knotting process is performed manually or mechanically in the winding machine. Weaver’s knot and fisherman knot are used to re-join both the ends. Mechanical knotting device is also used to perform this action during the yarn winding process.

"Splicing is the process of re-joining two ends(ends of supply bobbin and winding package after exhaustion of bobbin or yarn break without putting a knot in the yarn". The splicing of yarn gets completed in blow three steps:

Untwisting:  A small length of both the ends is untwisted by any mechanism.

Intermingling: The untwisted ends are intermingled together by a suitable mechanism.

Retwisting:  The intermingled fibres of both the ends are twisted together again.

In this way, the splicing of broken ends gets completed. The various kinds of splicing devices getting used in textile industries are given below:

This kind of splicing device works on the fully mechanical principle. There are two self-compensating interfaced discs used to untwisting and re-twisting of the fibres of tails of the yarn to be spliced. Three types of mechanical setting are adjusted in this splicer. These three settings are given below:

1 - Untwisting of fibres of both tails.

2 - Drafting of fibres of both untwisted tails.

3 - Re-twisting of drafted fibres of both tails.

When two ends of yarn are introduced between the two disks, first of all, the fibres of both the ends are untwisted, in next stage, the untwisted fibres are drafted well. Now the fibres are brought together to create the centre. The extra yarn on the both ends is unstrung the yarn ends and re-joining of spliced yarn together takes place. This yarn joint gets re-twisted next. The disks are open now and both the ends of yarn are gotten spliced together. In this splicing device, the quality of the spliced yarn does not get affected by the presence of wax on the yarn surface. A protection cover is used to prevent the dust to enter in it. The protection cover opens only when splicing is getting performed.

In this type of splicing device, both the ends of yarn are first made tapered properly. These both tapered ends are kept parallel. The faces of both tapered ends are kept in opposite directions.  To condition the ends, the yarns are gripped and fibres are sucked from the exposed ends to taper them. The splicing is carried out after the two conditioned yarn ends are laid inside the splicing chamber so they are parallel, facing opposite directions and appropriately spaced without the tips of the conditioned ends protruding. One way to do this is to withdraw loops of yarn. The splicing chamber of an air splicer is sometimes made in two parts that open to allow easy insertion of the yarn ends and then permit closure for the splicing phase of the operation. The two ends are spliced together by a rapidly rotating body of turbulent air inside the splicing chamber. The turbulence is induced by air that enters the cylindrical chamber tangentially. The air blast first intermingles the fibres and then causes the newly made joint to rotate to produce false twist. The yarn is then removed from the splicer.

The air and water are used to splice a single and plied cotton yarns and blends by applying the appropriate mingling chamber in the aqua splicing. The Mesdan company is offering such types of splicers. The aqua splicing device has the capability to join (splice) the all count range and all types of yarns.

Patterning or ribbon formation in winding process, causes, and remedies

Ballooning in the winding process, causes, and remedies

You may also be interested in below sponsored links:
at March 26, 2020
Email ThisBlogThis!Share to TwitterShare to FacebookShare to Pinterest
Labels: air splicing, aqua splicing, auto splicing, knotting, mechanical splicing, splicing 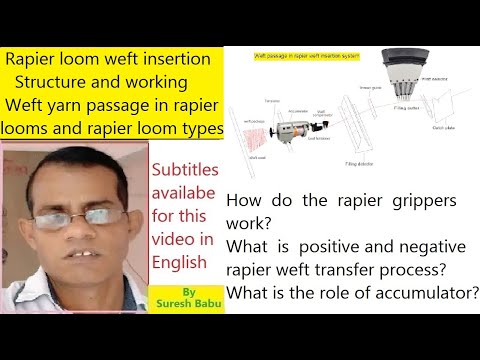