TESTING OF DRAPE COEFFICIENT OF FABRIC BY CUSICK DRAPE TESTER


TESTING OF DRAPE COEFFICIENT OF THE FABRIC CUSICK DRAPE TESTER:


Drape coefficient of the fabric:

Testing principle of drape coefficient of the fabric:

The apparatuses to being used in fabric drape test are given below:

The whole testing of the drape coefficient of the fabric gets completed in the below steps:

There are three types of templates supplied with the Cusick drape tester.

In this picture, the templates have been illustrated as "G".

The supporting disc has a diameter of 18 CMS.

The specimen cutting template is selected according to the stiffness of the fabric. The small diameter template is used to test the fabric having low stiffness.

The large diameter template is used to test the fabric having high stiffness.

The medium diameter template is used to test the fabric having medium stiffness.

The template should be selected in such a way that it could be draped when it is being suspended over a supporting disc. The supporting disc diameter remains fixed.

The fabric is spread over the flat surface ( table). An appropriate template is placed over the fabric. The outline marking is done along the edges of the template with the help of a marker pen. 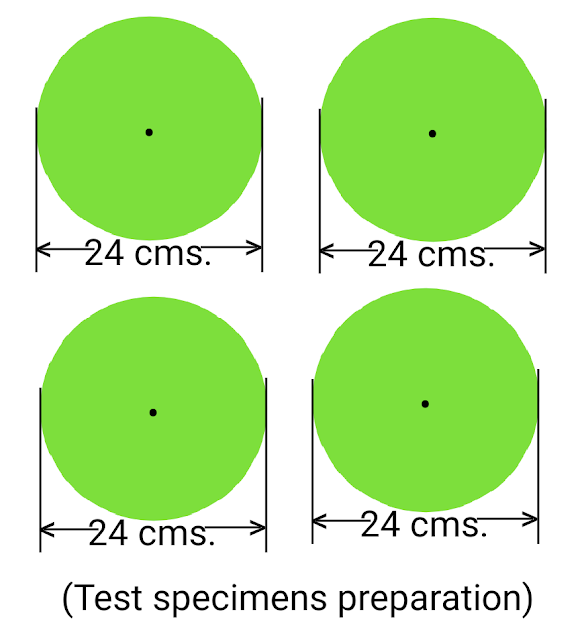 Now the test specimen is cut along the marked outlines with the help of scissors. A very small hole ( pinhole) in the middle of the specimen is made.

The remaining three test specimens are prepared by following the above-described method. 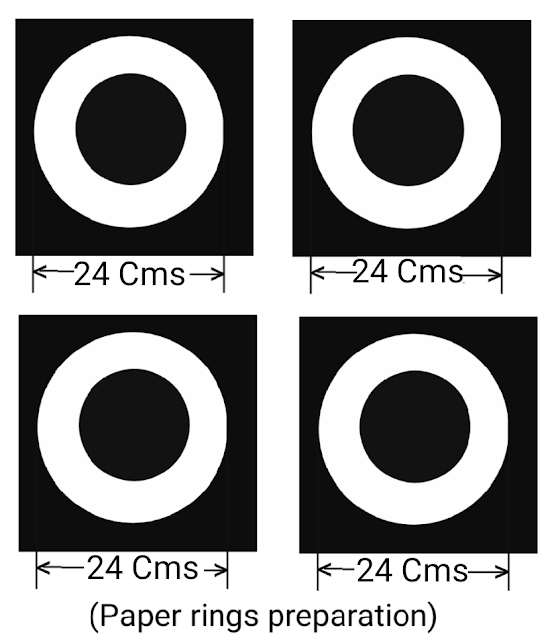 When all the specimens get prepared and paper rings get also prepared, the test specimen is placed over the supporting disc of the Cusick drape tester. The specimens are tested one by one. When the full testing of one specimen gets completed, the next specimen is processed. You can see the below picture: 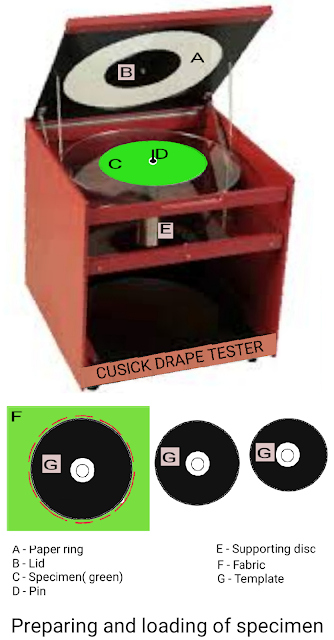 Marking of the outlines just over draping pattern shadow: 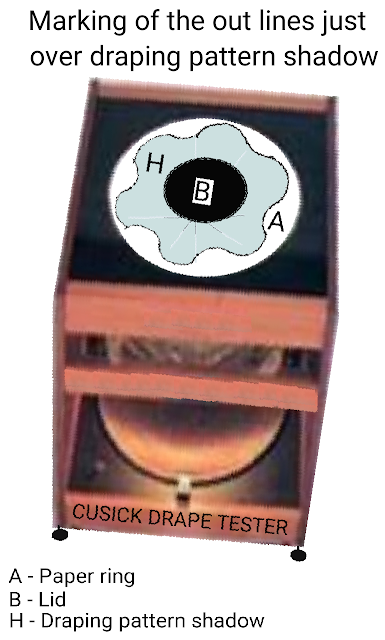 Now the drape tester is connected to an appropriate power supply. The supply point is switched on. A halogen bulb is mounted inside the tester. A parabolic mirror is are fitted inside the drape tester. When the light drops over the parabolic mirror, it gets reflected in an upward direction. The upward reflecting light penetrates to the paper ring. The area covered by the specimen makes a shadow ( draping pattern) over the paper ring. Now the technician draws the outline along with the shadow of the draping pattern with the help of a marking pen. Now the traced paper ring is taken out. The outlined shadow of the draping pattern is cut carefully with the help of scissors. The outside cuttings of the paper rings are thrown in the dustbin. The cut draping pattern of the paper ring is weighed property.
Now, the same procedure is repeated for the remaining three specimens. 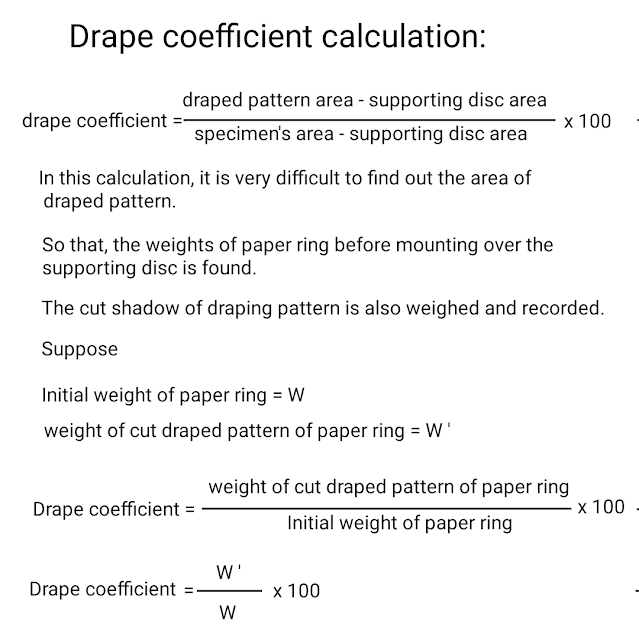 Testing of crease recovery angle or crease resistance of the fabric

Testing of colour fastness to rubbing or crocking

Testing of bowing or skewing in the fabric