The kenaf fibre is being grown in the world since long time. The Egyptian people cultivated kenaf  3000 years ago. They also used to eat leaves of kenaf. It was also being used as animal feeding. The bast fibres were used to make bags, cordage etc.

The kenaf crop was introduced into southern Europe in early 1900s. It is mainly grown in India, China, United States of America, Mexico and Senegal . 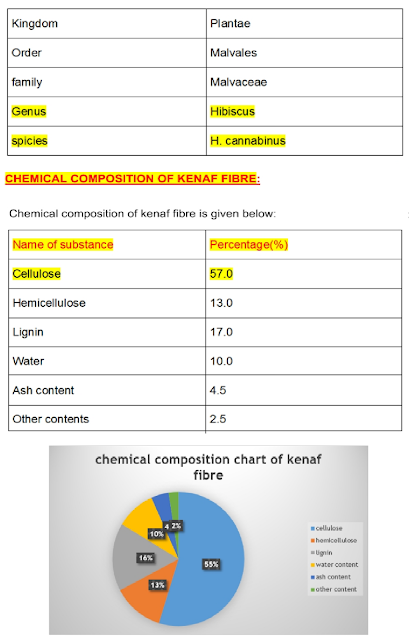 at January 24, 2020
Email ThisBlogThis!Share to TwitterShare to FacebookShare to Pinterest
Labels: biological classification of kenaf, chemical composition of kenaf, History of kenaf