Definition of stitch in knitted fabric:

The smallest dimensionally stable unit of any knitted fabric is known as a stitch. It consists of a yarn loop that is held together by being intermeshed with another stitch or loop. The stitch is composed of a head, two legs, and two feet.

Different types of stitch formation in the weft  knitting process:

The types of various stitches getting in the weft knitting process are given below:

When the needle gets raised enough high by the camming action to obtain the yarn in the hook portion of the needle and the old loop is below the latch. As the needle descends, the knit stitch is formed. The structure of plain or knit stitch is given below: 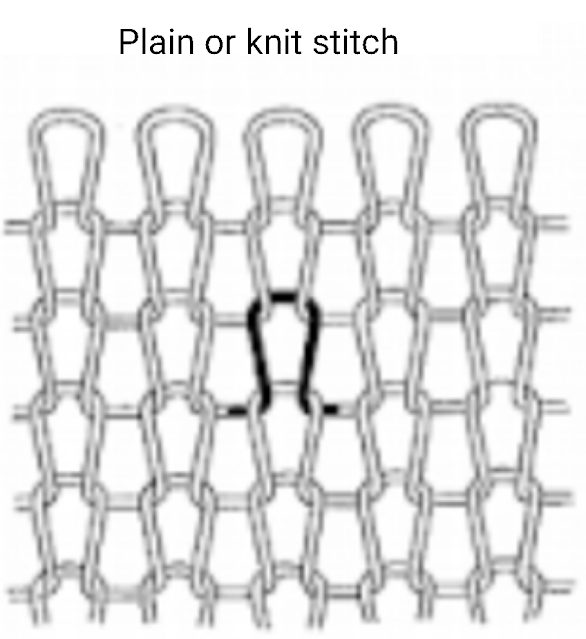 Purl stitch:
When the legs of the stitch are below and the feet are above the newly created stitch, this type of stitch is called the purl stitch. 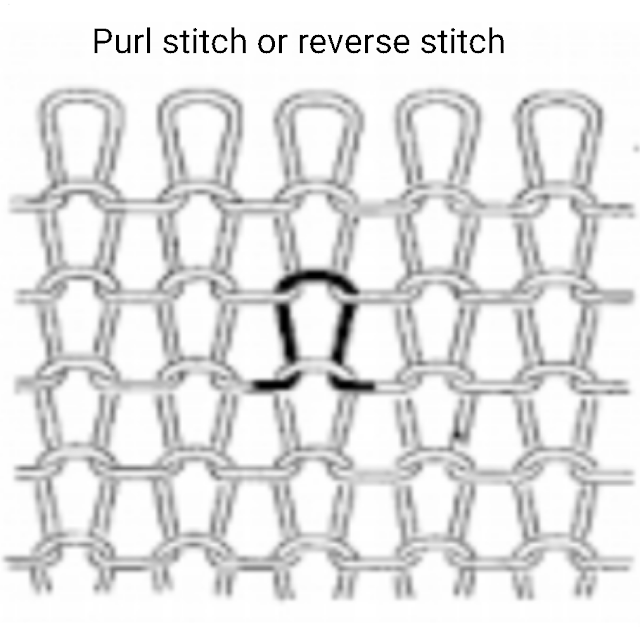 Tuck stitch:
When the needle is raised by camming action to obtain the yarn in the hook, it is not raised high enough to clear the previously formed loop below the latch. The needle obtains two loops in the hook. In this situation, the tuck stitch forms when it knits at the next course.
The single needle may tuck at successive before being cleared resulting in the vertical tuck which extends along a wale for a number of courses. Four courses are a maximum limit otherwise loops get tightened and yarn breakage occurs. It is also possible to form a horizontal tuck stitch by tucking an adjoining needle. 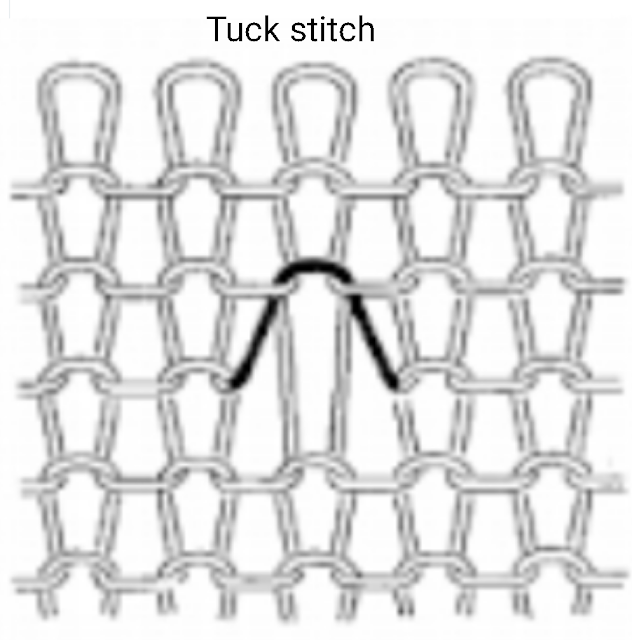 The effects of tuck stitch are given below:

1- The fabric having a tuck stitch is thicker than a knit stitch because of the yarn accumulation in stitches at tucking places.

2 - The structure with the tuck stitch is wider than knit stitches.

3 - The loop shape has a wider base at stitches.

4 - The tuck stitch structure gets less extensible because the loop length is shortened. at every tuck stitch.

5 - The tucks stitched fabric is heavier in GSM than knit stitch fabric due to the thick nature of the tuck stitch.

6 - The tucks stitched fabric is more opened and porous than the knit stitch fabric.

7 - The tuck stitch is also used to get a fancy effect by using coloured yarn.

A float stitch occurs only when the yarn is presented to the needle but yarn is not taken by the hook of the needle. Here the needle is not activated upward to receive the yarn that is presented to it. Hence it will retain the old loop in the hook. The long float in the back is not desirable which causes snagging problem. 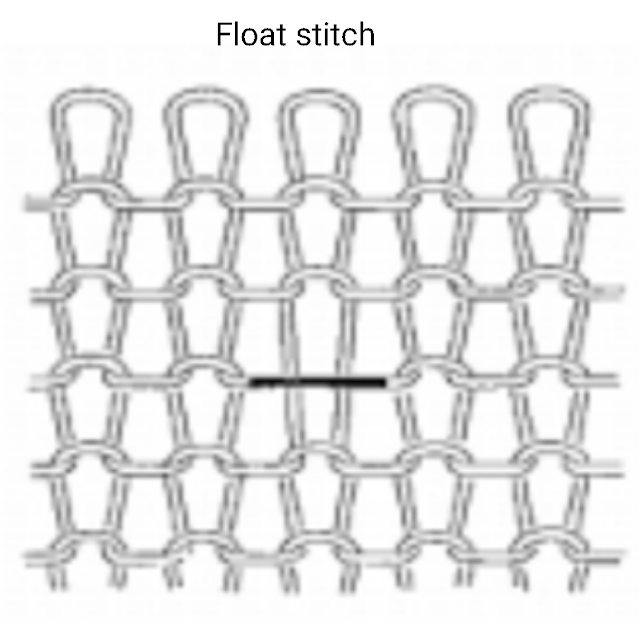 at April 21, 2021
Email ThisBlogThis!Share to TwitterShare to FacebookShare to Pinterest