A fabric resulting after the intermeshing of yarn loops is called knit fabric. When one loop is drawn through another loop, a stitch is formed. These stitches are formed either in the horizontal direction or in the vertical direction. A loop is a basic element of knit fabric. The structure of a knit fabric is given below: 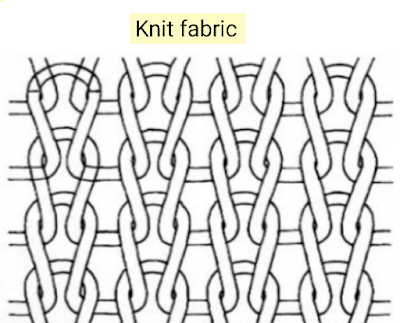 The loop is a length of yarn that is forced to assume a curvilinear shape. The whole loop may be divided into three parts. You can see in the below figure: 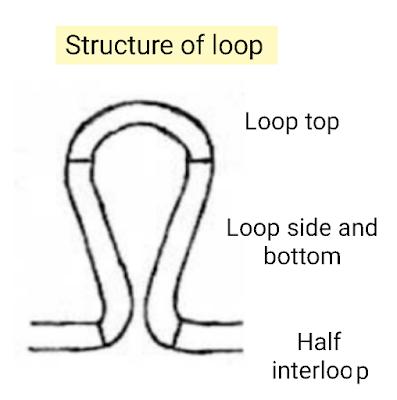 2 - Loop side and bottom

The interloop is the yarn that links two consecutive loops together. Either horizontal or vertical loops form in a typical structure of the knit fabric.

The knit fabric may be classified into two categories 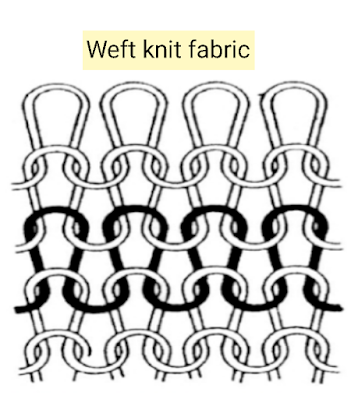 The interloop links two consecutive loops placed either vertically or diagonally in the warp knit fabric. It is necessary to use many threads simultaneously and allowing the loops formed by the different threads to bind together. 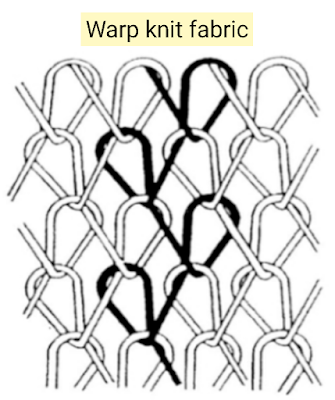 That loop in which the loop forming yarn does not cross at the bottom of the loop. 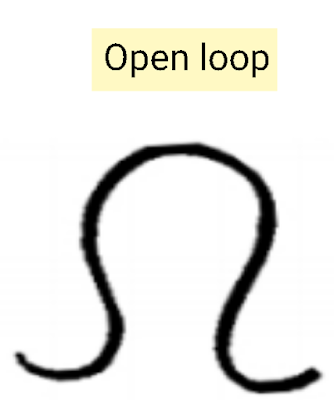 In the closed-loop, the legs of the loop cross so that the loop closing takes place. 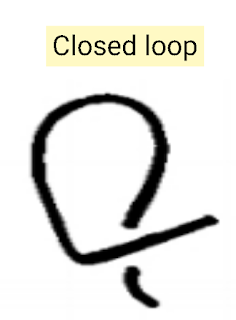 When the new loop emerges through the old loop from back to the face or front side during loop formation, this kind of loop is known as the face loop or weft knit loop. 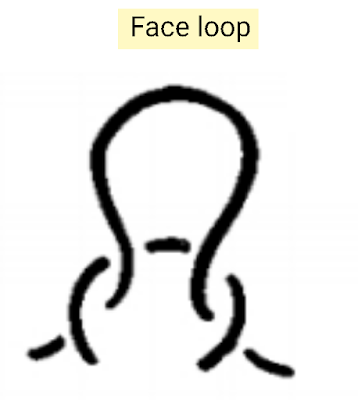 If the new loop passes from the face side to the back side of the old loop during loop formation, this kind of loop is called a back loop or weft purl loop. 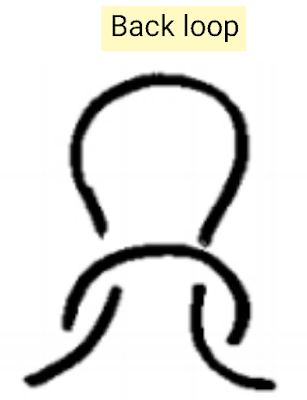 Technical face of the knit fabric:

The side of the knit fabric that consists of all face or knit loops is called the technical face of the knitted fabric. 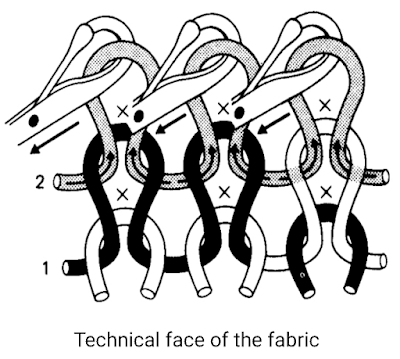 Technical back of the knit fabric:

The side of the knit fabric having full of back or purl loops are called the technical back of the fabric. 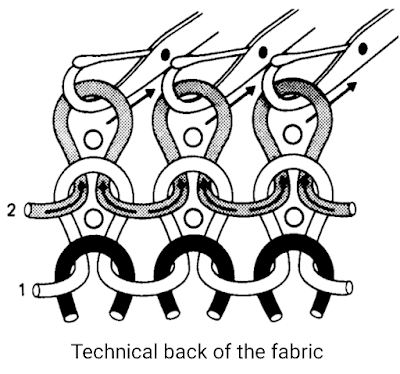 The upper part of the loop produced by the needle drawing the yarn is called the needle loop. 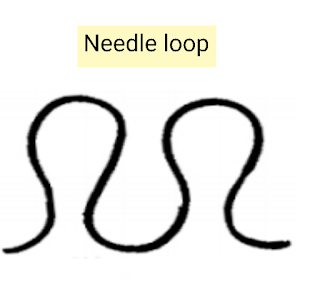 The lower part of the knit loop is technically referred as the sinker loop. It is the connection of two legs belonging to the neighbouring stitches lying laterally. 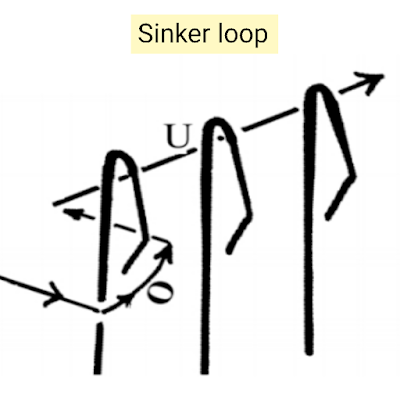 Courses:
The series of loops that are connected horizontally, continuously is called courses. 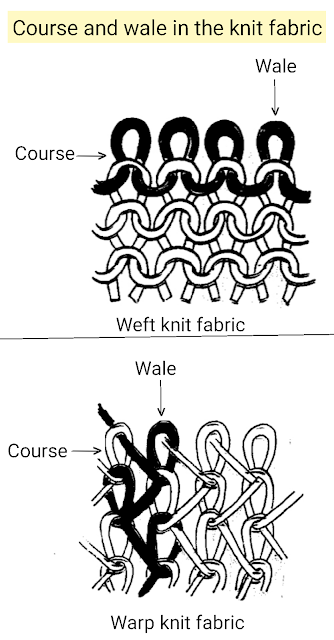 The series of loops that intermeshes vertically is known as wales.

The number of stitches per unit area of the fabric is called stitch density.

Over lap:
This term mainly refers to warp knitting. Lateral movements of the guide bars on the front side ( hook side  ) of the needle are called overlap. This movement is normally restricted to the one needle space.

This term also refers to warp knitting. Lateral movements of the guide bars at the back side of the needle are called under lap. This movement related to the needle space is variable according to the construction of the fabric.

Single jersey:
The weft knit fabric produced with one set of needles ( both in tubular or flat) is called a single jersey or plain knitted fabric. It consists  either face loops or back loops.

Weft knitted fabrics (both tubular and flat ) gets produced with two sets of needles mentioned in two-needle beds are called double jersey or double knit fabric. It is constructed by face and back loops together.

You may also be interested in the below-sponsored links: