Since the complete picking mechanism is mounted under the loom in this motion and the picking stick also hits the shuttle underside of the loom, so that this mechanism is called under pick motion. 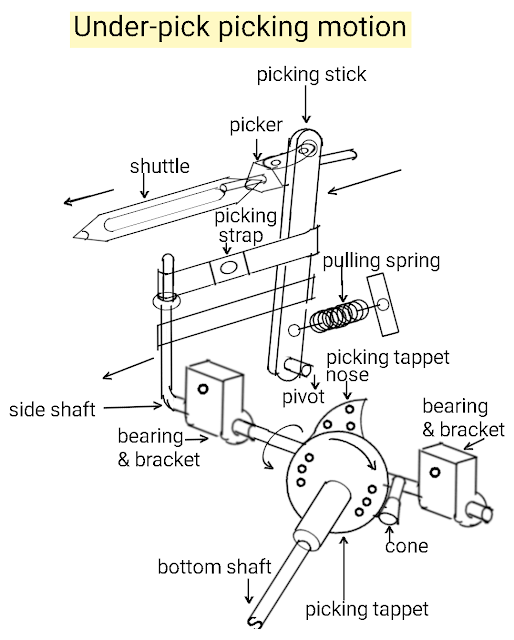 Structure and working of under-pick motion:

The picking tappet is mounted on the bottom shaft of the loom.

at February 19, 2021
Email ThisBlogThis!Share to TwitterShare to FacebookShare to Pinterest