- This is a special type of weave. This is also known as warp pile fabric.

- The loops of yarn appear on either a single side or both sides of the fabric.

- There are two series of warp used to construct this kind of fabric.

- One series is called the ground warp and the other series is known as pile warp.

- The loop formation on the fabric surface takes place by this pile warp series.

- One series of weft yarn is used to weave terry weave.

- The terry weave or terry fabric can not be woven on normal looms( the loom which weaves flat fabrics).

- This weave is woven on the loom having a special mechanical arrangement.

- The let-off motion gets positively driven.

- Two different warp beams are used in the terry loom.

- Terry loom is equipped with either with dobby or jacquard shedding mechanism.

- A special type of reed is used in this loom. the structure of dents of the reed is designed in such a way that the pile and ground end lie separated in a dent. two rows of dent wire are used in this kind of reed.

- The loom is equipped with variable reed sweep motion or variable fail of the cloth motion.

- Since the terry cloth is a heavy fabric so that a suitable take-up roller is used in this kind of machine. 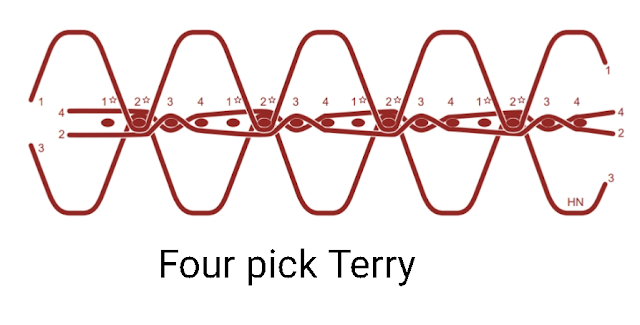 According to loop geometry 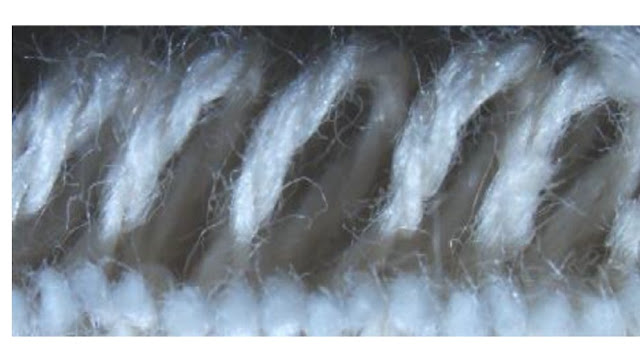 According to loop disposition

According to surface modification: 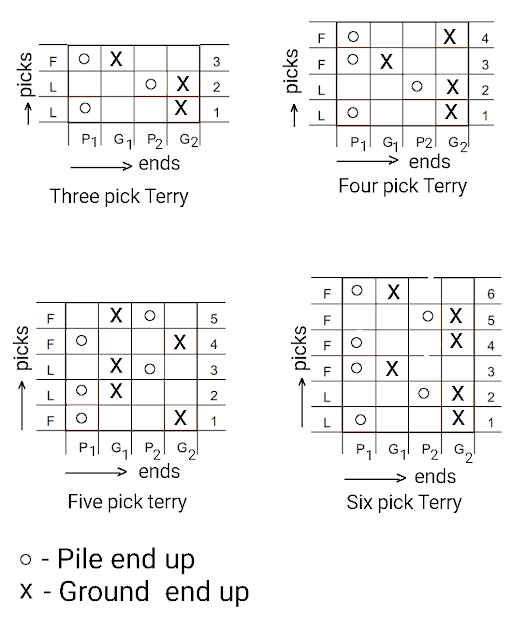 You may also be interested in the below-sponsored links:

Comparison between weaving and knitting process

TYPES OF YARN, CLASSIFICATION OF YARN